Victoria, Princess Royal of the U.K. - Empress of Germany and Queen of Prussia 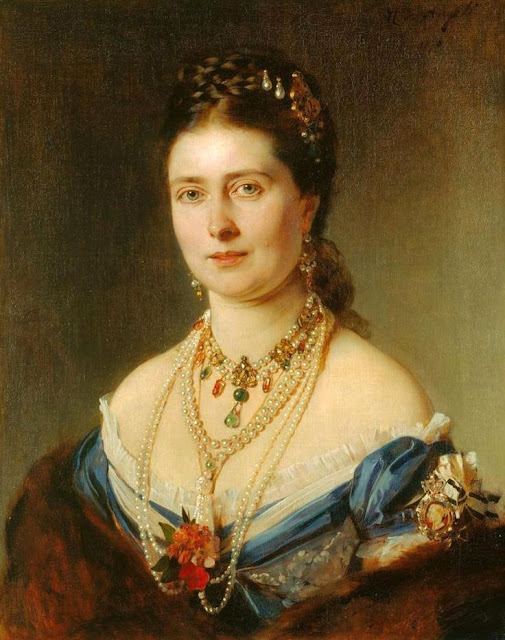 Victoria, Princess Royal, the eldest child of Queen Victoria of the United Kingdom and Albert, Prince Consort, was born Victoria Adelaide Mary Louisa on November 21, 1840 at Buckingham Palace. Her mother had succeeded to the throne at the age of eighteen in 1837 and although she is perhaps the most famous monarch in British history, she was a highly emotional woman who was short, dumpy, plain, and had the typical Hanoverian features of her father’s family, including her grandfather George III’s receding chin. She married her maternal first cousin, the handsome and intelligent Prince Albert of Saxe-Coburg-Gotha, (the son of the Duke of Saxe-Coburg-Gotha and nephew of King Leopold I of Belgium) on February 10, 1840 when they were both twenty years old. Their marriage was an extremely happy one, for both loved each other immensely, and they had a total of nine children, even though Victoria had an adverse opinion of motherhood. The Princess Royal, known to her family as “Vicky”, was a gifted and lively child who inherited her father’s intellect. She thrived in the rigorous educational program her parents put her through and grew very attached to both her parents. They had a huge influence on her and she copied her mother’s regal and resplendent character as well as adopting her father’s liberal beliefs. She eventually matured into a progressive thinking and dignified young woman with an candid personality. Victoria's younger siblings were:


Before long, her parents began searching for a suitable match for her. They wanted a German spouse (but not a Habsburg, as the Queen was not keen on them) that followed the Protestant religion. They eventually settled on Prussia, a promising kingdom of emerging power who just so happened to also be an old ally of Britain. Vicky’s parents immediately thought of Prince Frederick Wilhelm of Prussia, the son of King Wilhelm I and Augusta of Saxe-Weimar-Eisenach. Vicky and the Prince were already well acquainted; in 1851, the Prince and his family had been invited to England by Queen Victoria, during which Vicky accompanied the Prussian royal family as a escort to Frederick’s younger sister, Louise. Although she was just ten years old at the time, the young Princess Royal had a lasting impression on the twenty year-old Prince, who was taken by her personality and intellect. Frederick was invited back to England four years later where he and Vicky agreed to marry one another even though they were aware their union might not be warmly accepted by either of their kingdoms. Due to Vicky’s young age, their engagement was not announced until three years later. The couple wed on January 25, 1858 at the Chapel Royal in St. James’s Palace when Vicky was seventeen and Frederick was twenty-seven. Though the marriage was arranged for principally dynastic reasons, it was also a love match and would prove to be one of the most romantic royal marriages in centuries. Vicky’s parents hoped that their daughter’s marriage to the future king of Prussia would create close ties between their two countries as well as serving to possibly unify Germany as a liberal nation. As Frederick and Vicky loved each other deeply, they both treated each other with respect and viewed another as equals, which was an uncommon belief for any man to hold about his wife at the time.

Vicky had a difficult time adapting to her new home, as she was not fond of Prussia and found it inferior to Britain in every way. Even though both Vicky and her husband held liberal and Anglophile ideas, their efforts to change Prussia collided and failed against the authoritarian ideas of the powerful Minister-President, Otto von Bismarck. Like her mother, Vicky hated childbirth but, despite her distaste, she had eight children with Frederick, six of which survived to adulthood: four daughters and two sons.

Vicky suffered a harrowing labor with her eldest child, the future Emperor Wilhelm II of Germany, leaving him with a withered left arm from Erb’s palsy. Wilhelm, humiliated by his disability, attempted to conceal his arm all his life and most historians agree that this affected his emotional development negatively. Vicky and Frederick attempted to teach their son about the promising benefits of democracy but he rejected their beliefs and chose to accept his German tutors’ notions of autocratic rule. Unfortunately, this isolated him from his parents and he never became close to them. Vicky was a rather strict and direct mother, just as her own mother was, but this parenting style alienated her from children, especially her eldest son and daughter. During the three wars of German Unification throughout the 1860’s and 1870’s, Vicky and her husband strongly supported the Prussian cause with that of the North German Confederation. In early 1871, the triumphant North German Confederation created a unified German Empire with King Wilhelm I of Prussia, Frederick’s father, as the hereditary German Emperor. Thus, Vicky and her husband became the German Crown Prince and Princess.

Emperor (or “Kaiser”) Wilhelm I died on March 9, 1888 and Frederick ascended to the throne as Emperor Frederick III. Although he was fifty-six at the time of his crowning, he was already gravely ill with cancer of the larynx and was not expected to live much longer. Vicky, now forty-six, was named German Empress Consort and Queen Consort of Prussia but was more commonly known as “Empress Frederick”. She remained devotedly by her husband’s side throughout his short reign, supporting and caring for him lovingly as he weakened with each passing month. Finally, after just ninety-nine days on the throne, Frederick died on June 15th. Prince Wilhelm then took the throne as Emperor Wilhelm II but his accession was shocking to his mother, as he took power in what appeared to be a palace coup. The grieving Vicky was furious with her eldest son’s actions and never forgave him for his conduct.


Now the Empress Dowager, Vicky retired to Castle Friedrichshof, a palace she built in memory of her late husband near Kronberg and wore mourning clothing for the rest of her life, just like her mother did after Albert’s death. She maintained constant correspondence with her English family, especially with her mother. Although she still had a difficult relationship with her son and politically they were of opposing beliefs, she supported him and attempted to guide him throughout his reign. Vicky remained committed to her liberal beliefs all her life, even in the face of her son’s angry opposition. She attempted to focus on other areas during her widowhood, such as the arts and learning. As a gifted artist herself, she became a patron of the arts and academics and even created schools for the higher education of girls and for nurses’ training. During a visit to her mother at Balmoral, Vicky was diagnosed with inoperable breast cancer. By the autumn of 1900, the cancer had spread to her spine. She suffered greatly in her last few months and was too ill to go to England to attend her mother’s funeral in January of 1901. After clawing through months of pain, the former Empress of Germany died on August 5, 1901 at the age of sixty at her home of Castle Friedrichshof. She was buried in the royal mausoleum of the Friedenskirche at Potsdam next to her beloved husband.

Wilhelm II would became the last German Emperor and King of Prussia following Germany’s disastrous loss in World War I. Germany was blamed for starting the war and the pretentious and impulsive Wilhelm, who was very inept at leading his country during war-time, was forced to abdicate in 1918 and fled to exile in the Netherlands, where he remained for the rest of his life. Victoria’s third child and second son, Prince Henry, married his first cousin, Princess Irene of Hesse and by Rhine (a daughter of his mother’s sister, Princess Alice), who was a carrier of hemophilia. They had three sons together, two of whom were affected by the disease (their youngest son died as a result of his condition when he was just four years old). One of Victoria’s younger daughters, Princess Sophia, married King Constantine I Greece and had six children. All three of their sons – George II, Alexander I, and Paul I - would become kings of Greece. Paul I’s children include the last King of Greece, Constantine II, and Queen Sofía of Spain. Sophia’s eldest daughter, Princess Helen, married King Carol II of Romania and became the mother of the last King of Romania, Michael I.

Maria Alexandrovna, Empress of Russia (Princess Marie of Hesse and by Rhine) 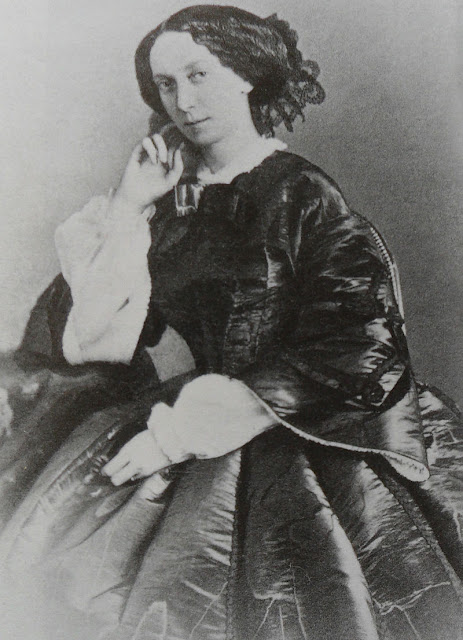